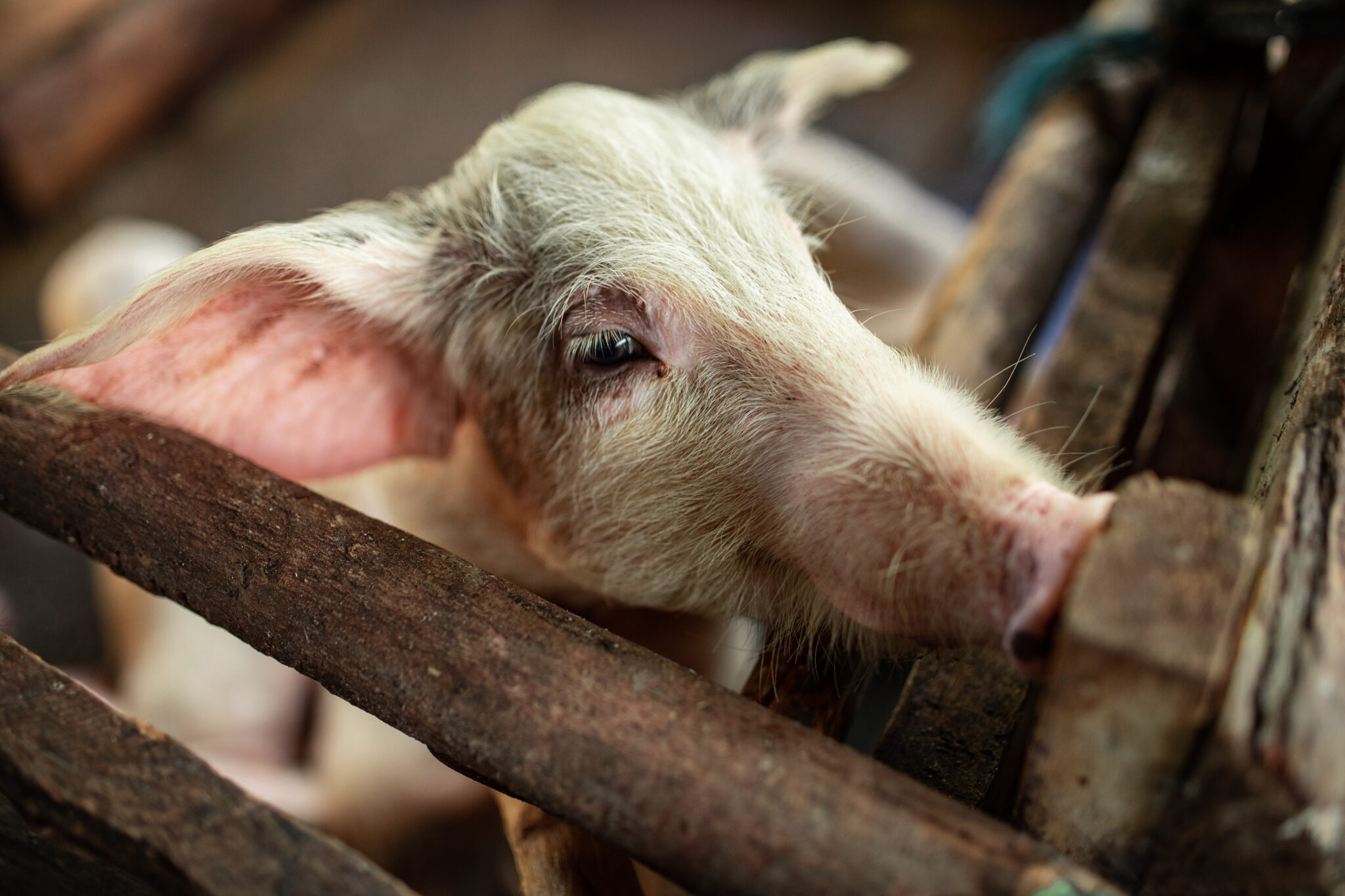 Late on a steamy afternoon in Ambon, Maluku, the invitation to visit the pig pen feels a bit overwhelming.

I’m here in Indonesia to meet people who are part of projects run by UnitingWorld’s partner, the Protestant Church of Maluku. My day started at 5am, soaring in over the archipelago after 12 hours in transit via Jakarta, and we’ve been on the run ever since.

The pigs, though, turn out to be well worth it.  And this is why.

“Owning and breeding the pigs changed our lives,” declares a young mum as she and her daughter usher us into the enclosure.

They sit beside a banner that proudly reveals they’re part of a project run by the Protestant Church of Maluku, funded by UnitingWorld. 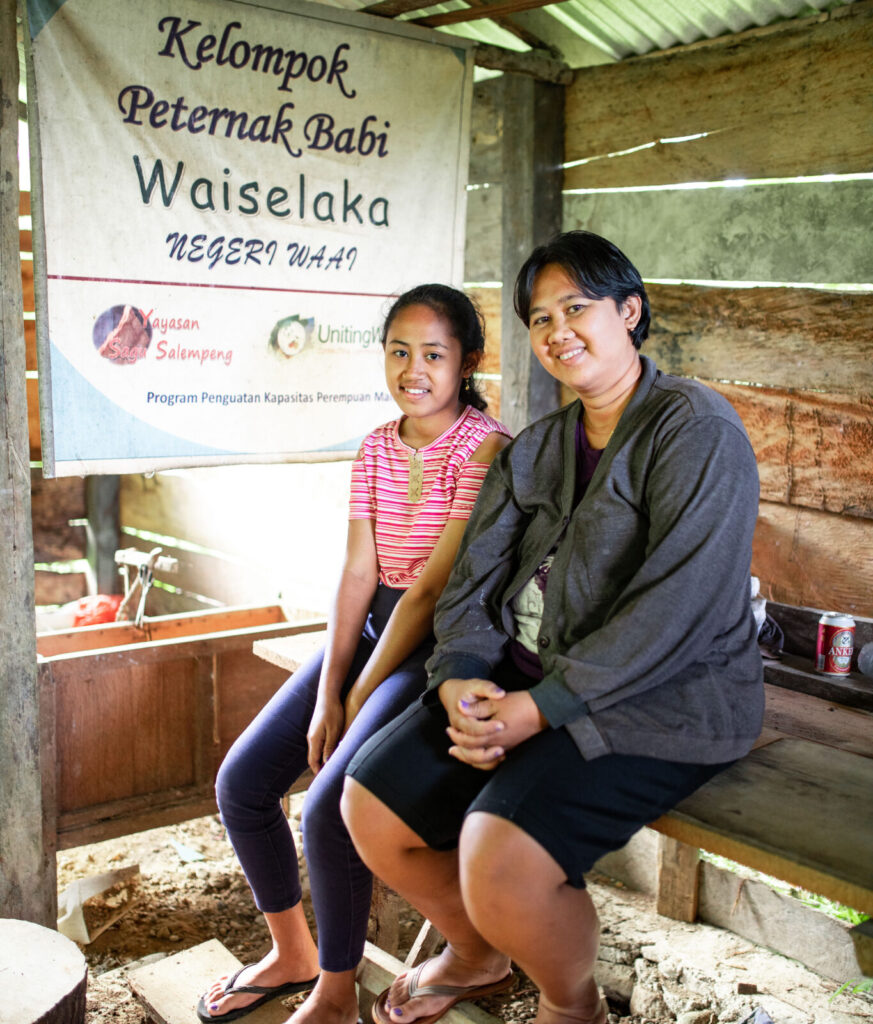 “Especially because we are women, its good to be able to contribute to the household income and be responsible for making the money we need for school, oil, clothing, that sort of thing. We work hard to look after these animals because they give us so much.”

Like most places in Indonesia, it’s not easy to be a woman in Ambon. In such a patriarchal culture, women are often seen merely as home-makers without many options to make decisions. Girls aren’t always encouraged to dream big. A third of Ambon’s people live on less than dollar a day, and this deeply entrenched poverty hits women hardest.

The pigs are helping women push back.

“It’s not just we have the pigs – we are part of Women’s Groups that teach us all sorts of things,” Lianne explains. “We find out how to make a budget so we can buy more pigs. We each invest some of our savings into the group and then people can take out loans to build up their herd. We learn to make financial decisions too about when to buy or sell the herds.”

This brings genuine freedom and respect – and it doesn’t end with individual families. UnitingWorld’s partner have whole-scale transformation for the community in their sights.

“It started with the pigs, but it’s a support group for us all now,” Lianne acknowledges. “And the thing is, we are also meeting women from places we would not have shared things with before.” 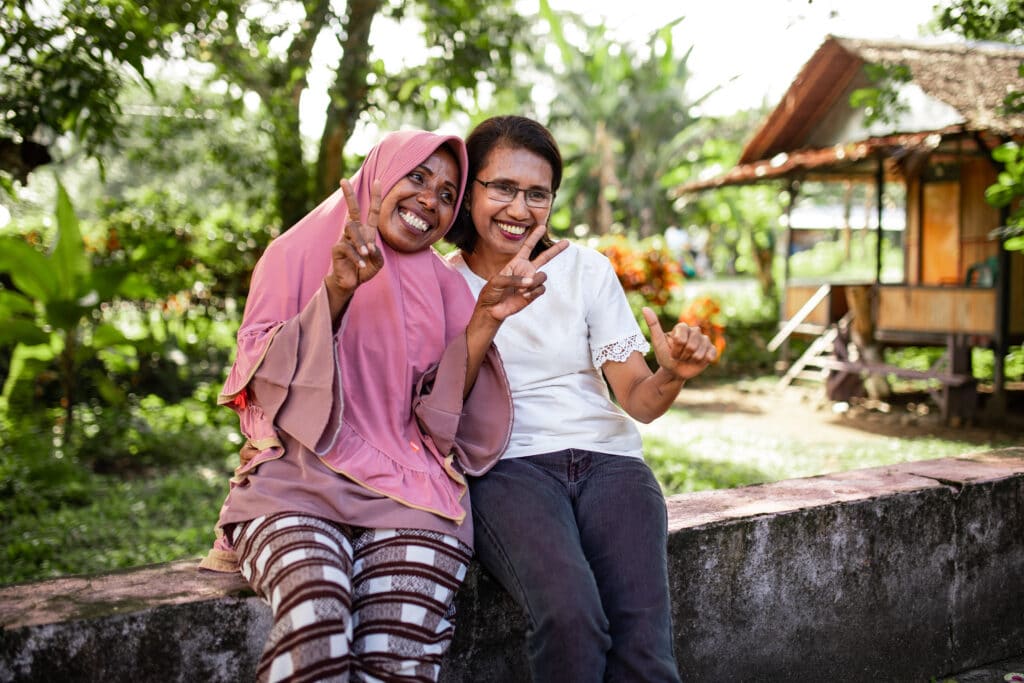 Those ‘places’ are close at hand and have a painful history. The island of Ambon literally caught fire in conflict between Muslims and Christians two decades ago, the port choked with people trying to flee the fighting. 5,000 people died and half a million more were left homeless.

Lianne’s family lived for weeks in the hills, collecting water from plants, the sound of gunfire in their ears. “Religious violence” was likely a cover for political dissent, but rebuilding trust between the communities is long-term, painstaking work.

“We are Muslim and Christian women together in the groups,” Lianne says. “We work together to find creative ways to make a living. We would not have met each other before, but now we are friends.”

Friendship is a deliberate by-product of the livelihood projects run by UnitingWorld’s partner in Ambon.

The church is aware that a new generation of young people are keen to learn about one another’s faith. In response, they’ve initiated forums about peacebuilding as well as practical opportunities to rub shoulders with each other on projects that change lives.

“This is why we run our peace workshops in schools,” explains Rev Jeny Mahupale. She’s a minister within her own congregation as well as coordinating the peacebuilding and livelihood projects of the Church.

We talk about conflict resolution, human rights, how to listen to one another and accept difference. And we put that into action through the groups – hydroponic gardening, breeding animals, support for people with disability. All of these are bringing Muslims and Christians together.” 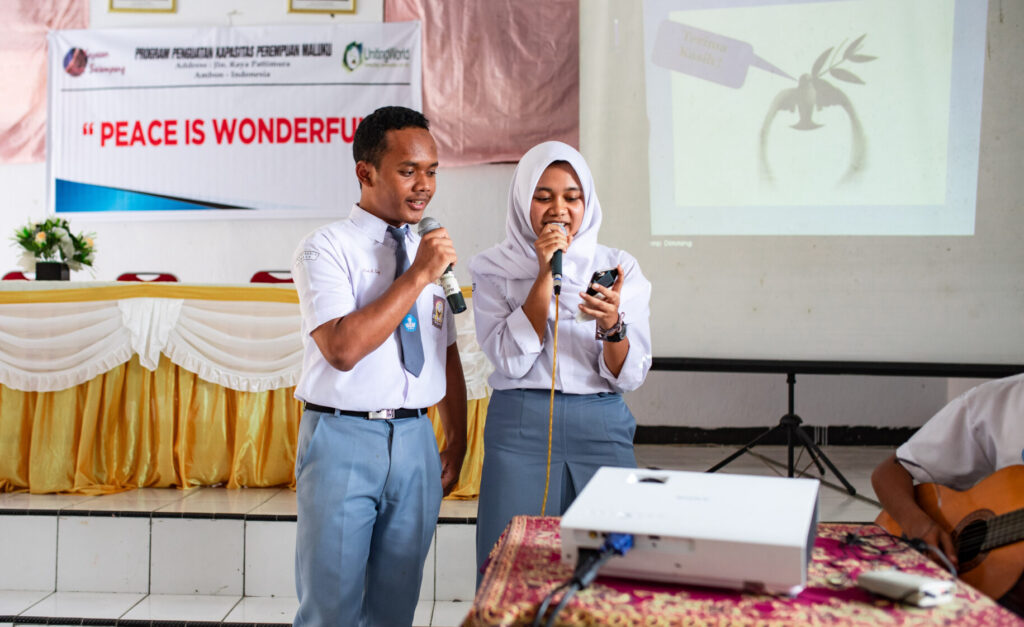 Pigs, it seems, are a deceptively simple intervention – they’re part of far-reaching work that looks to the future.

If that’s the kind of change you’re keen to support, click here to gift a pig this Christmas. It goes a whole lot further than you might imagine. 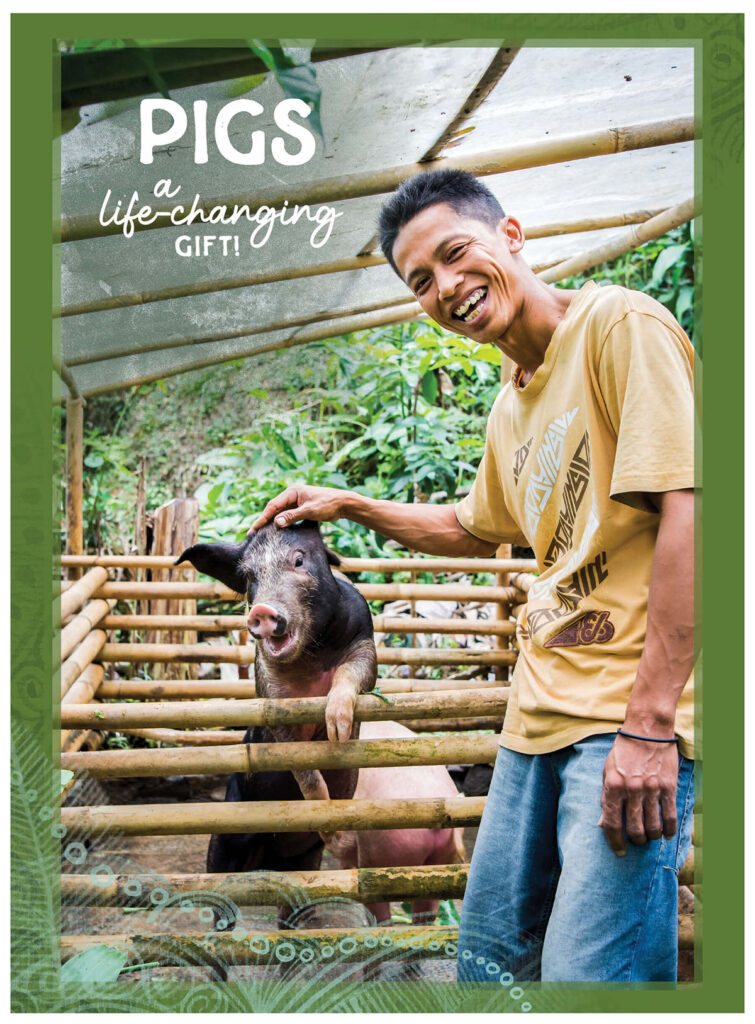