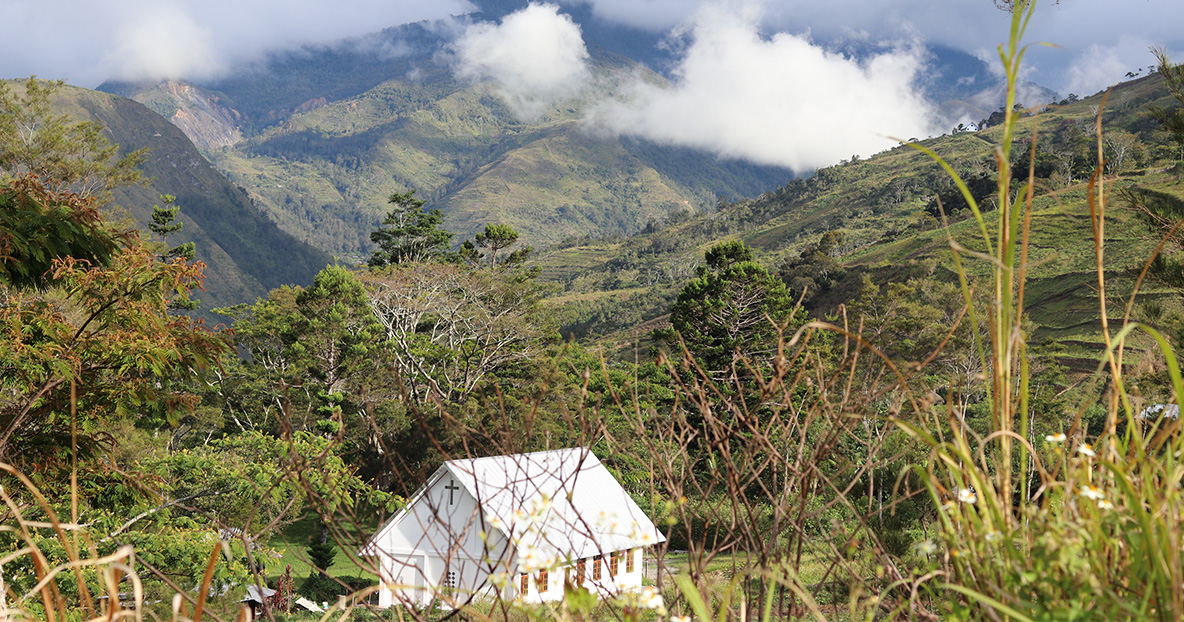 The Uniting Church in Australia remains deeply concerned about the human rights and humanitarian situation in the Indonesian provinces of Papua and West Papua.

In a letter to international partners, the West Papua Council of Churches has detailed ongoing violence and marginalisation experienced by indigenous Papuans, and fears that a planned division of new regional provinces will exacerbate the problems.

Uniting Church partner, the Evangelical Christian Church in Tanah Papua (GKI-TP), is a member of the West Papua Council of Churches, and GKI-TP Moderator Andrikus Mofu signed the statement with three other heads of churches.

“We have received reports of torture, hit-and-run killings and enforced disappearances experienced by people including God’s servants in Ndugama, Intan Jaya [and the] Star Mountains carried out by the Army and Police personnel. Several facilities belonging to church members and belonging to the church have been taken by the army and police troops. We continue to witness and mourn the suffering of our congregations in the interior of Papua,” reads the statement.

“As a result of this conflict, around 60,000 civilians have fled their homes to other locations, including to neighbouring Papua New Guinea.”

The church leaders fear that a plan by The Ministry of Home Affairs to create six new provinces in place of the current two is a way to aggressively assert greater military control and exploit natural resources.

“Year after year the Papuan people continue to be increasingly excluded and marginalized on their own land… The division of regencies, cities and provinces in Papua has become a powerful weapon for the government in the carrying out of the politics of control and occupation in Papua.”

In the statement, the church leaders appeal for an end to the increasing militarization and for the government to make good on their agreement to allow the UN High Commissioner for Human Rights to visit the Papuan provinces. They also reiterate their call for dialogue between the Government of Indonesia and the ULMWP (United Liberation Movement for West Papua) to end the protracted conflict.

The statement was released just weeks after three United Nations-appointed human rights experts called for urgent humanitarian access to the region and urged the Indonesian Government to conduct full and independent investigations into alleged human rights abuses by security forces.

Pray for the People of West Papua

Uniting Church in Australia President Reverend Sharon Hollis has encouraged UCA members to pray for the people of West Papua and for a just and peaceful end to the conflict.

“With all that is going on in Australia and the world, we cannot forget the devastating conflict among neighbours right at our doorstep,” said Rev Sharon Hollis.

“I encourage members of the UCA to pray for peace and justice in West Papua, that human rights be upheld, and the desires of indigenous Papuans be heard and realised,” she said.

The Uniting Church in Australia has a partnership with the Evangelical Christian Church in Tanah Papua (GKI-TP), managed by UnitingWorld. We work together on a livelihoods project to reduce poverty and improve health and nutrition.

The UCA is a member of the International Coalition for Papua (ICP), a coalition of faith-based and civil society organisations that are concerned about human rights violations in West Papua and seek greater transparency and peaceful solutions to conflict.

Chairperson of the Women’s Department of Evangelical Church of Indonesia, Rode Wanimbo spoke to ABC’s Meredith Lake recently on the situation in West Papua, decolonising the Bible, and the powerful role of women in community development and peacemaking. Listen here.