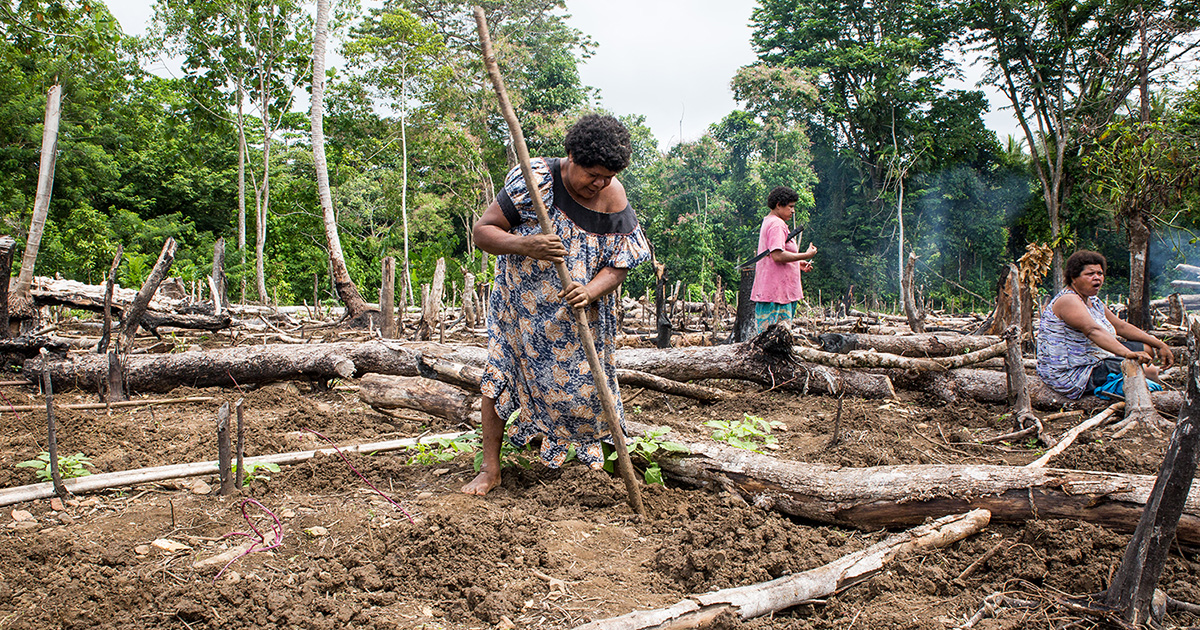 Teetering on the edge of drought, one of our sheep farmers in Victoria knows the importance of planning and preparing for disasters.

His decision to give more than $5,000 to our Disaster Risk Reduction appeal came the day before his property received heavy rainfall that steered his family away from the brink of a calamitous season.

“This farmer told me he knows first-hand how vital it is to prepare for and prevent weather related disasters,” recalls UnitingWorld Australian Partnerships Team member Alexandra Bingham.

“I’m so encouraged by his willingness to faithfully invest in helping our global neighbours prepare for their challenges even while knowing he faces those same risks personally.”

Alexandra also visited Richmond Uniting Church this month, another community with an emphasis on both local and global mission. “They have a weekly focus on local and global outreach, providing grocery parcels for local people as well as giving very generously to our water and sanitation projects in Papua New Guinea,” Alexandra says.

“It was really wonderful to be able to share with the church, which includes a number of generous donors, how their gifts are being used to save lives among our partners.”

A BIG THANKS to all our committed donors and church congregations who’ve caught the vision of ‘enough to share.’ If you’d like to share a regular gift and become a Global Neighbour, get in touch with us at 1800 998 122 or info@unitingworld.org.au

In response to the famine emergency caused by El Nino-driven drought in Papua New Guinea, UnitingWorld and its partner the United Church in PNG (UCPNG) have been distributing food and providing vital leadership to ensure relief operations reach the worst affected areas.

As part of the response program, impact assessments conducted by UnitingWorld/UCPNG-trained personnel were instrumental in the WFP being able to secure $14 million (USD) from the United Nations Central Emergency Response Fund. The money is being used to effectively distribute food to four areas in the Highlands and Milne Bay that were identified as most severely affected.

The funds were urgently needed, as the cost of providing a diet containing sufficient energy and protein for large populations is enormous, and it meant that UnitingWorld’s capacity to respond

was limited and had to be carefully targeted to particular areas based on need. The WFP funding assistance made possible by the efforts of UCPNG staff and others, has meant that food distributions now better match the scale that is needed to address the emergency.

UCPNG staff have also been involved in delivering frontline emergency supplies as part of the World Food Program’s national response, delivering emergency food supplies to the four ‘Local Level Government’ areas in Hela and Enga Provinces in the Highlands; home to more than 140,000 people.

Food distribution and livelihood recovery activities in many of these areas are extremely challenging because of their remote locations and fragile security situations caused by enduring tribal conflicts. The expertise of UCPNG staff has provided invaluable support to the WFP in ensuring food is distributed in ways that avoid fueling tribal tensions.

UnitingWorld’s Emergency Response Coordinator Michael Constable has praised the work of UCPNG in responding to the emergency.

“These successes highlight the strength of collaboration and innovation in delivering humanitarian assistance in extremely difficult environments. Supporting local communities to take leadership roles in preparedness, response, early recovery and risk reduction is not only effective, it’s essential in PNG” said Mr Constable.

“Enabled by the support of donors, the work of UCPNG has likely prevented thousands from dying of starvation, kept entire communities from becoming entrenched in poverty, and spared a generation of children living in remote communities from the irreversible effects of malnutrition.”

The emergency is far from over, however. The drought has severely impacted food security in many areas of PNG, exacerbated by weather patterns that are expected to continue into late 2016. UCPNG staff are currently involved in planning a collaborative food distribution to 77,000 people in Milne Bay Province with a range of national and intergovernmental organisations.

UnitingWorld will continue to support our partner UCPNG as they carry out relief operations and rebuild the livelihoods of people in Papua New Guinea.

Thank you! This work would not have been possible without the more than $180,000 raised by UnitingWorld supporters. Together, we’ve made a huge impact to the lives of people struggling to overcome famine and drought. Please continue to pray for the work of UCPNG and the people of Papua New Guinea.