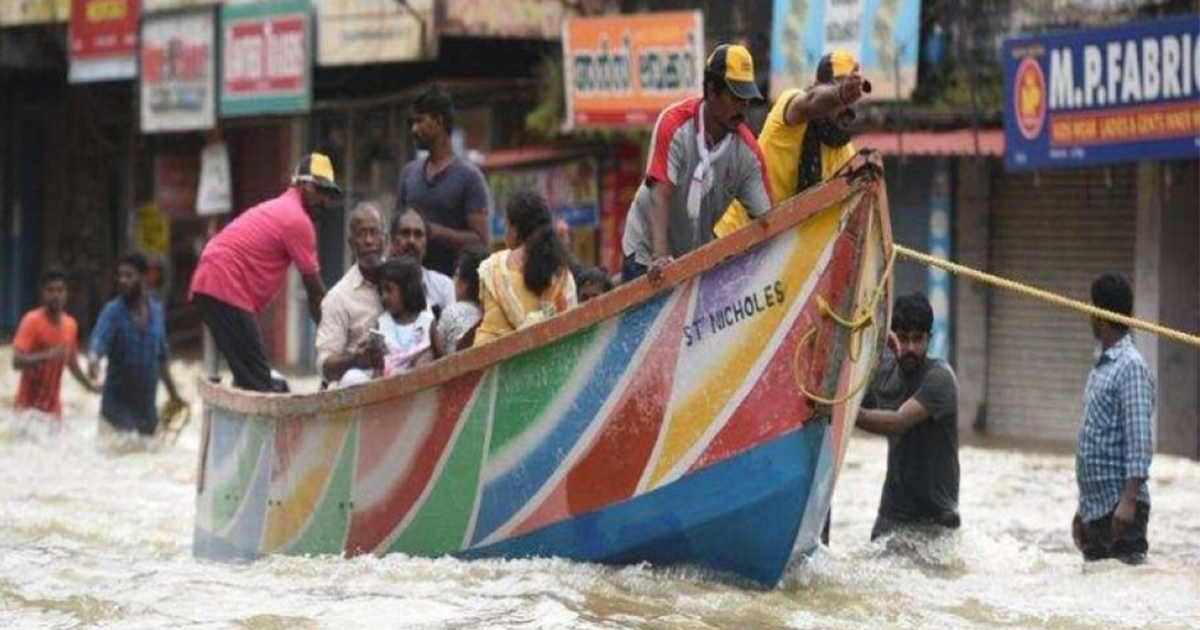 Widespread flooding across India’s southern state of Kerala has left up to 400 people dead and close to a million displaced.

Up to 100,000 buildings were destroyed and millions of hectares of crops were washed away in the worst floods to hit the region in more than a decade.

The rains have diminished over the past week, but a huge clean-up operation lies ahead as the floodwaters recede.

Our partners, the Church of South India (CSI) have been assisting people throughout the emergency, distributing relief kits and providing emergency shelter for thousands of people. In the early days of the crisis, the Kerala Diocese of CSI generously opened their schools, churches and parish halls to become flood relief centres. 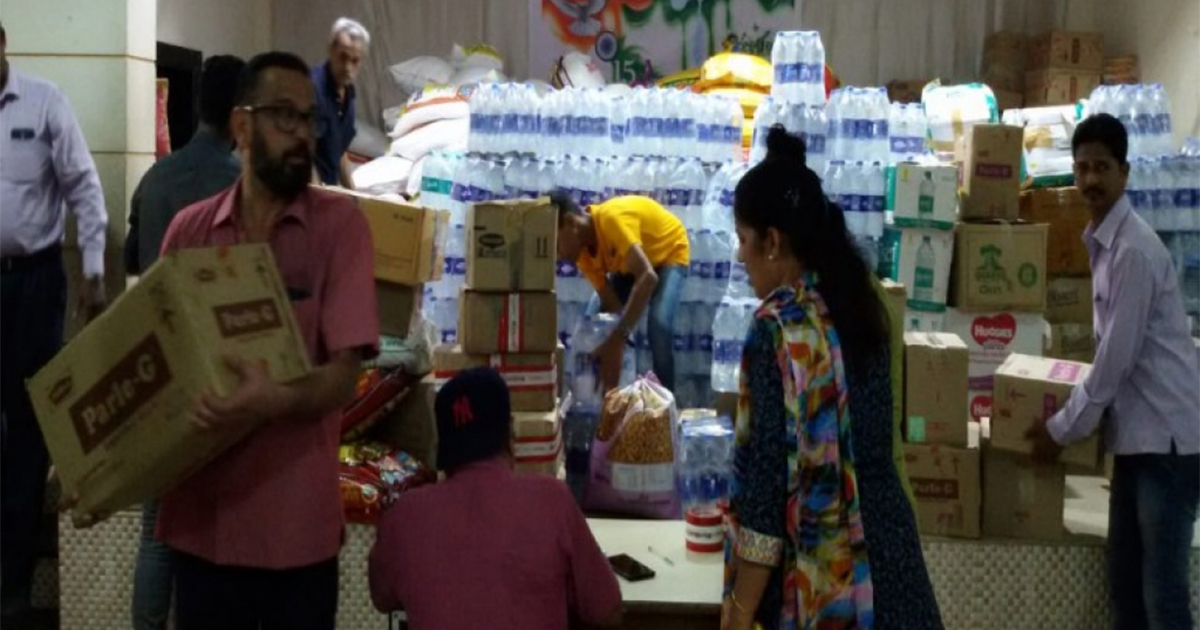 CSI Moderator, Most Rev. Thomas K. Oommen praised the “fighting spirit” of the people of Kerala and their willingness to help one another through the disaster.

“The active involvement of the people, especially the fisherfolk from the coastal areas of Kerala, [government] rescue operations, and the support of the churches and other religious organisations for the relief work are helping millions of people in this time of grave disaster,” said Rev Oommen.

Amid the crisis, inspiring stories have emerged.

Over the past fortnight, hundreds of fishermen from Kerala and surrounding districts used their boats to rescue thousands of people from the rising floodwaters. They are now being celebrated as national heroes.

Youth have been using social media to share the locations of stranded people and to pass on details of landslides and places where supplies were urgently needed.

UnitingWorld has been in regular contact with our partners in CSI and they have asked for continued prayer.

“On behalf of the Church of South India, we express our deepest sincere thanks for your continued prayers of solidarity, for all those who suffered loss of life and livelihoods in the floods at the State of Kerala and in the district of Kodagu.  Although our words often failed to comfort and console them, we together with all our trusted partners like you, do our best to provide the help for those who are in need,” said Rev Dr Rathnakara Sadananda, General Secretary of CSI.

“Continue to pray for God’s unfailing compassion upon the flood victims and those who are affected by the land slides.  Your prayers of solidarity will be of great strength and consolation to those who are passing through the most difficult time.”

UnitingWorld has sent funds to support our partners as they respond to these devastating floods.

You can support our important partnership with the Church in India by donating here.

Uniting Church in Australia President Dr Deidre Palmer has called all UCA members to pray for the people of Kerala and our partner church, the Church of South India. Click here to read Deidre’s prayer. 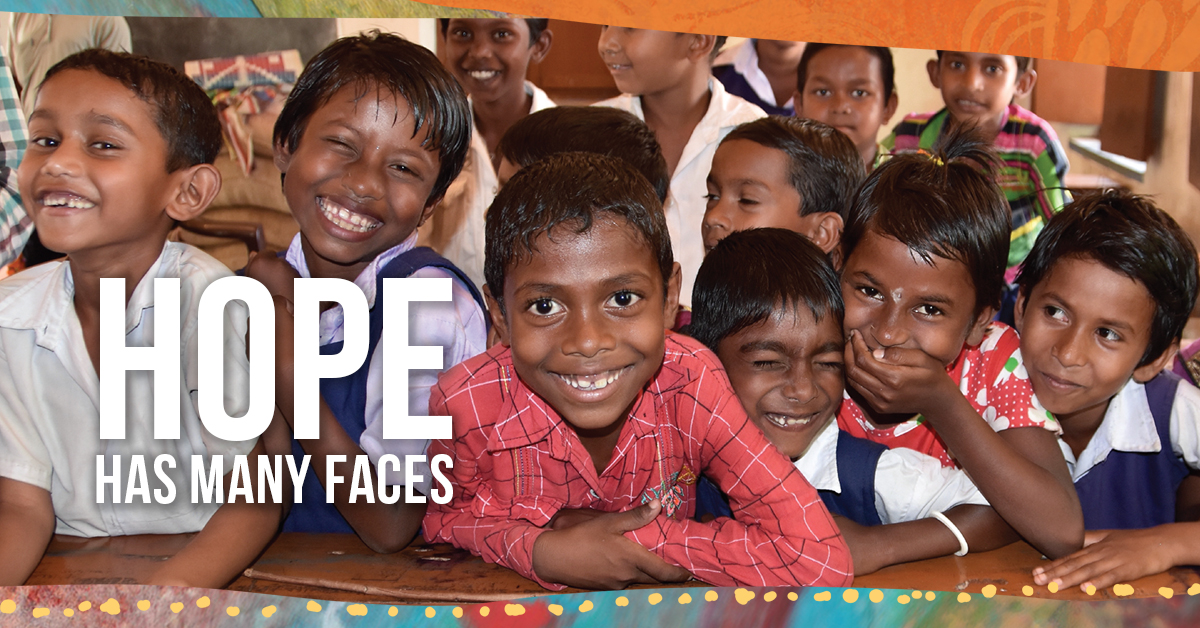 Leadership at the margins of India

In rural India, almost 30% of the people struggle to secure the minimum requirements of life—food, shelter, clothing—and many children are unable to attend school because of where they were born. Our local church partners are providing education and shelter for children, pastoral care and hope in remote India. We believe that to make sustainable change, strong leadership is key.

In the Eastern Himalayas, our partner set up a Church Leadership Project to equip pastors in some of the most remote and difficult areas of India. I recently received a letter from Aarav, one of our ministers who travels to remote communities for prayer, counselling and to do whatever he can to help struggling families thrive.

“Since 2016 I have been working with a small tribal community of 26 families, mostly daily wage earners living on the fringes of the forest land. During my visits, I could see their broken hand pump (only one in the village); a tube well that was contaminated; not enough blankets for winter; no mosquito nets during summer; and a river without a bridge (the main access to their village). With help I have organised a medical camp to provide check-ups and free medicine, distributed blankets and mosquito nets to all the families, repaired the broken hand pump and installed a new one.”

Pastor Aarav is such a great example of the way our global church leadership programs are equipping leaders to care for people in holistic ways – not only offering pastoral care and the good news of Christ, but helping people find life to the full.

He faces many challenges, including hostile religious fundamentalists who are suspicious that the church is attempting Christian conversions in the region. A father to three-year-old Palak, Aarav lives with the daily fear that negative reports about his activities could lead to his arrest.

Aarav told me that in the midst of these challenges, he holds on to God’s word and it encourages him to be hopeful when life is difficult. “I am also encouraged and hopeful because there are communities all over the world who are praying and supporting us,” he wrote.

“I am thankful to the people of UnitingWorld in Australia for their support to our leadership program as it has helped me be what I am today. It has expanded my vision and my commitment to the community in a way I never thought possible.”

Thank you so much for being part of Aarav’s hope.

Our goal is to equip more pastors with the skills they need to minister in remote areas like the Eastern Himalayas where the challenges are immense. Your gift today can provide much-needed training and practical resources for Aarav and others like him.

I hope you’ll help us reach our goal of raising $115,000 to support our transformative partnership with the church in India. This leadership project is just one of the ways we’re helping our partners transform their communities and I’m looking forward to sharing more stories of hope with you all in the coming weeks.

In love and hope, 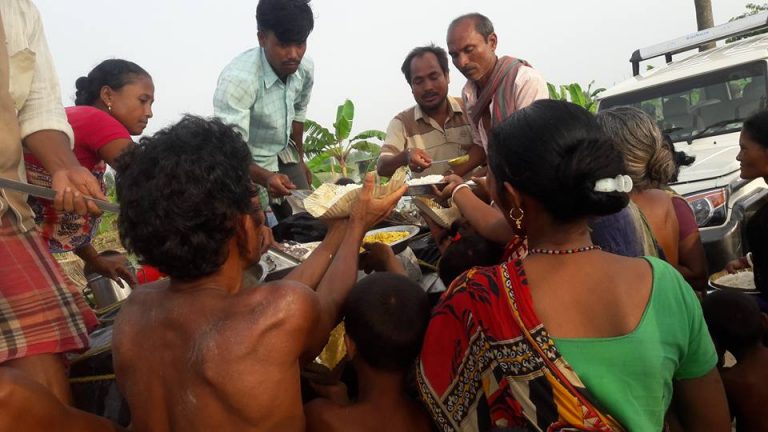 After the flood, where’s the river of tears?

The first I knew of 16 million people inundated by floodwater were the photos from a friend on Facebook.

Outstretched hands, bare shoulders, muddy torrents: they were the first of what I expected to be a mainstream media deluge. Instead: silence. Families across Nepal, India and Bangladesh have been drowned, buried alive and starving for almost a month now, it turns out, and the media vacuum is profound.

This is South Asia’s annual monsoon nightmare – the natural disaster that no longer makes the news. Yes, we #prayfor the victims of terror attacks in Charlottesville and Barcelona, but at the same time a bus full of school children in Nepal is buried alive by a landslide. It’s the second in a week, and these families are just a handful of the sixteen million people in the last month who are losing everything to forces they can’t control. There are no hashtags; only the prayers of the families themselves, who sleep in the rain while their bellies growl for food and their hearts long for the dead.

I guess there are a few factors at play in the world’s collective shrug in the direction of the disaster. The numbers – so huge it’s hard to imagine. The inevitability – South Asia ‘always floods’. The media – it feeds the appetites we offer up, and we have little interest in floods. We don’t even know what we don’t know. We’re preoccupied with family, work stresses and the routines of every day life.

In the midst of it all, perhaps some pray for the less fortunate, a blanket offering for anyone doing it tough, and idly wonder at times why God doesn’t intervene more often in a crisis.

The fact is, God does. I think of my friend who is part of the Church of North India. I’ve not only visited her in the urban settlements where she works beside those who’ve fallen through the cracks in her society, but over the last few days I’ve watched on Facebook as she wades through flood waters to deliver dhal and black plastic to families who have seen their homes washed away. God is present in and through people like Nita, who act out what it means to be God’s light and love within the world.

Although we may not be able to gag Mother Nature, we have been given the means to prevent these disasters before they become sixteen-million-life tragedies. After all, we know that monsoon rains will reliably take the lives of men, women and children in India, Bangladesh and Nepal, year after year, simply because they live in low lying areas, in homes that are badly built, beside rivers that will swell and swallow them whole: they’re too poor to move elsewhere. It won’t be flooding that kills these people and their livelihoods. It will be the lack of evacuation plans, poor communication, homes built on the side of mountains where they shouldn’t be, and outbreaks of disease. In short, it’ll be poverty, and the lack of opportunity that comes with it.

You know what we need to save these lives? We need vision. And if it all looks too hard, too big, too far away and too hard, who better to take on all that but a community who passionately believe that life is possible from death? We can beat this giant. We already know that $1 invested to reduce risks and prepare communities for disaster saves $15 in recovery efforts after a cyclone, flood or earthquake hits. That’s not just lives saved, but good economic sense – an achievable, smart investment.

If there’s anything I believe as a follower of Christ, it’s that transformation is possible. Not just individual lives turned around, but whole systems shaken to their core. Institutionalised human slavery – ended. Children valued and universal education won, wrought from a world where babies where routinely discarded on mountainsides to die. Diseases eradicated. Women’s rights championed. In all of these cataclysmic wins, Christians have been at the forefront with a vision for things that must, at the time, have seemed impossible.

So it is with saving lives before natural disasters strike. As a changing climate increases the severity and frequency of extreme weather, especially in our own Asia/Pacific region, we’ll need to be smarter and more determined about the ways we protect ourselves – and especially our most vulnerable – from tragedy. Allowing sixteen million lives each year to sink beneath muddy waters simply isn’t an option.

When we’re tempted to ask why God doesn’t intervene more directly in natural disasters, perhaps the better question to ask is: why don’t we? Big change, bold vision: this is our call, this is our identity. And as droughts, floods, cyclones, and famines increasingly stalk our world, this is the challenge we’re called on to meet – before disasters become tragedies.

UnitingWorld has launched an appeal to support partner churches in the Pacific as they build critical resilience to disasters and climate change. Donate now: https://unitingworld.org.au/stop-disasters-becoming-tragedies/