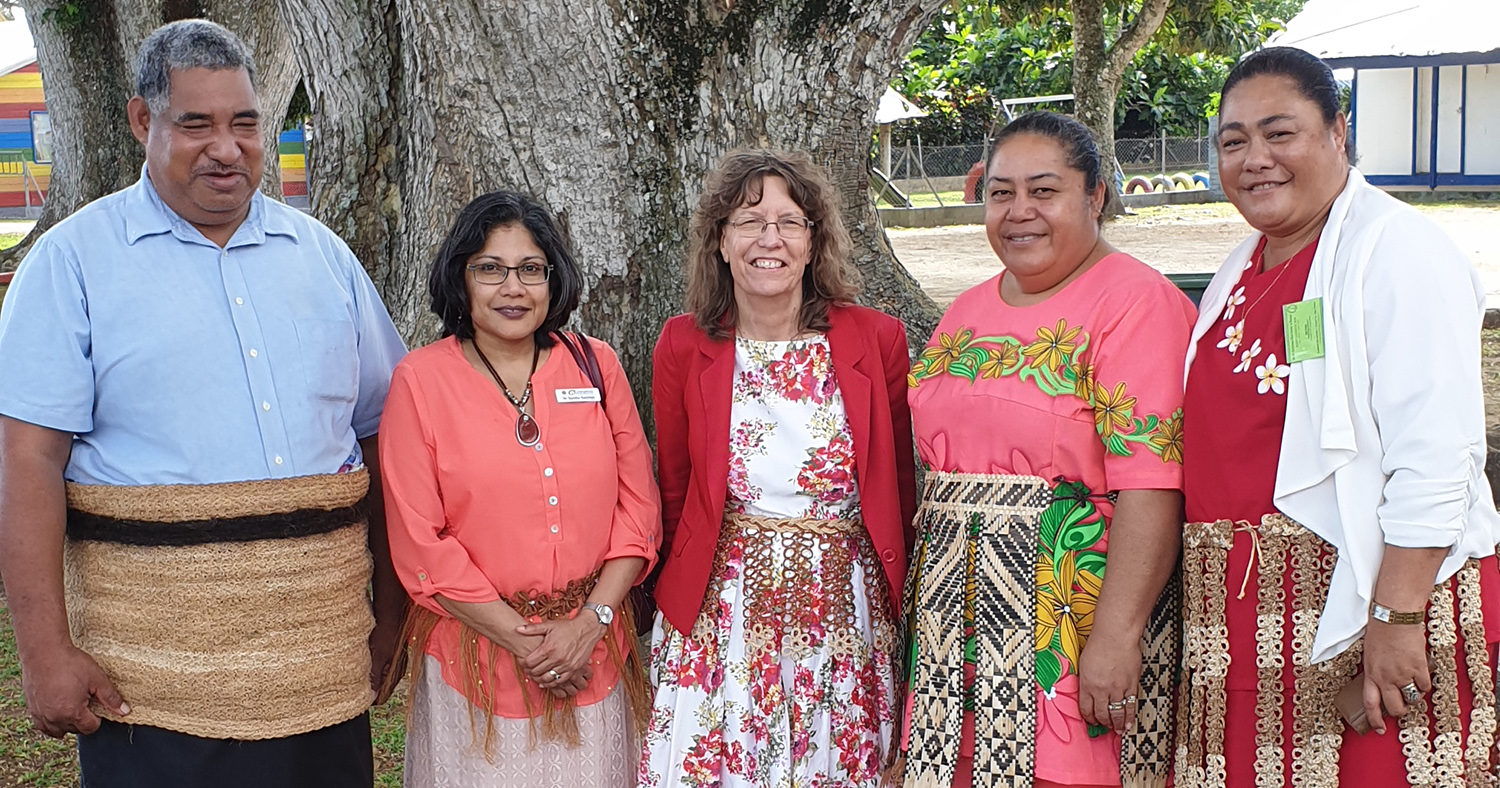 Last week I had the great privilege of attending the Annual General Conference of the Free Wesleyan Church of Tonga (FWC) with Uniting Church President Dr Diedre Palmer.

The day we arrived in the capital Nuku’alofa we were swept up in the famous hospitality and fellowship of the Tongan people. Our church partners invited us to feast with 3,000 of their members and then join in worship among a thousand choristers.

The sound of their harmonies soaring over a massive brass band is something I’ll never forget.

Along the way I was blessed to meet some of the leaders and members of FWC; hear their stories, hopes and struggles, and experience the great wisdom and dedication they have to offer.

The conference was an opportunity to connect with our partners in fellowship and share in the life of their church. Among many issues raised, the important matter of the Uniting Church’s decision on marriage at the 15th Assembly was discussed with openness, honesty and integrity.

Re-elected FWC leaders, President Rev Dr Ahio and General Secretary Rev Dr Tevita Havea reassured us that they have been on the same journey with their New Zealand and United States partner churches, and that our partnership is built on strong foundations of respecting difference while holding to unity in Christ.

They affirmed that Tongan members of the Uniting Church were under the oversight and authority of the UCA and shared our joy in the vibrant life of the Tongan National Conference. They manifested their love and partnership in the honour and recognition they showed Dr Palmer and I throughout the conference.

Dr Palmer reaffirmed to our partners the Uniting Church’s commitment to respect and protect the rights of all members and partners to hold differing views of marriage and make decisions based on those views.

It was the first official visit to Tonga for both Dr Palmer and I, but the warmth, trust and the good faith that was extended had very little to do with us personally. We were embraced as members of an extended family, our forebears and theirs had built a strong bond of respect and friendship and we were but the latest embodiment.

Holding partnerships like this is a privilege that I treasure deeply and sometimes feel the huge weight of. But I’m reassured in the knowledge that some connections are already far stronger than anything I might manage to mess up.

Tonga was part of the Methodist Church of Australasia from the early 19th century until 1977 when the Uniting Church in Australia was formed and the Wesleyan Church gained its autonomy (thus the “Free” in its name). In Australia, the Tongan National Conference within the Uniting Church has grown to become the biggest of the twelve national conferences. Read more