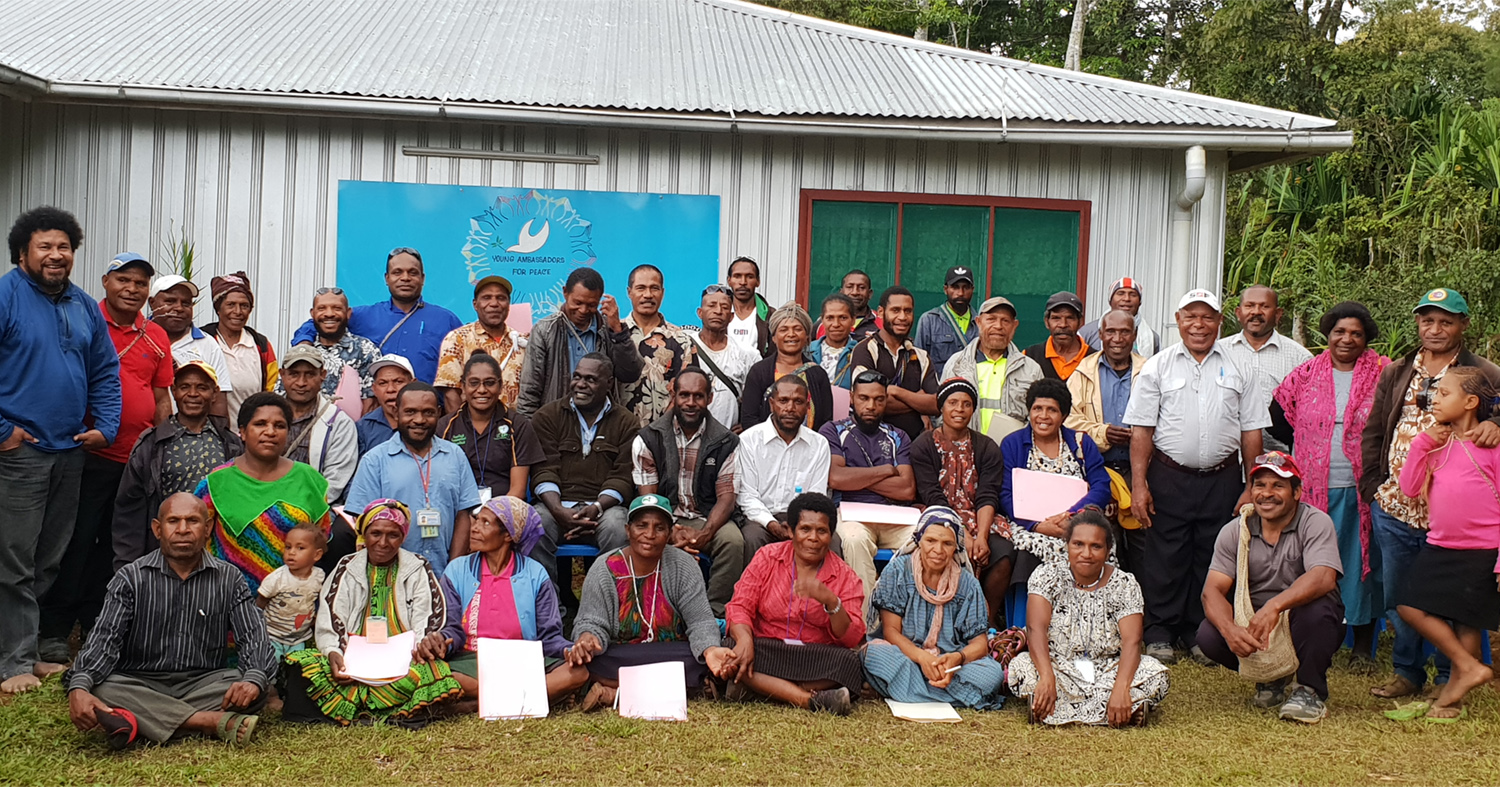 Kina Somare* is wanted throughout the Highlands of Papua New Guinea on numerous counts of violence. Leader of a well-known gang that frequently clashes with others in the region, his face is both known and feared. So when he walks into a peace workshop one still afternoon in October, amidst the rubble of Hela Province’s worst earthquake since 1922, everyone in the church stands very still.

Somare walks out a changed man. He speaks with local police. He wants to become an ambassador for peace personally and to influence other young people to bring healing to the community. His transformation is staggering.

“He’d been held up by this man at knife point not so long ago. They met, reconciled and Somare gave his life to Christ. Our partners up in Hela Province are really blown away by this story. To have someone of such notoriety undergo such a change is incredibly encouraging.

The United Church of Papua New Guinea, in partnership with UnitingWorld, has been running peace workshops and counselling for people impacted by the recent earthquake. Like other aid agencies, UnitingWorld was on hand with sanitation kits and practical items, but the long-term work of helping people recover emotionally and psychologically is incredibly important.

“Giving people access to counselling and the tools to navigate conflict has a significant impact on how quickly these communities can heal and recover.”

It’s one of the unique ways your donations go further with UnitingWorld. Your support doesn’t just address the practical problems of clean water and repaired roofing – it builds people’s resilience to tackle issues that accelerate after disaster. And men like Somare are changed in the process. Given the skills not just to rebuild their homes but their lives, they embrace the opportunity to bring change.

HELP US BE DISASTER READY.

Every dollar donated before disaster strikes doesn’t just save countless lives – it saves significant amounts of money. Every $1 invested into building better homes, preparing evacuation plans and protecting communities can save as much as $15 in the aftermath of a tragedy. Please, if you’re able, add to our disaster-ready fund.