Finding extra seats at the tables of power – Update 4-2022 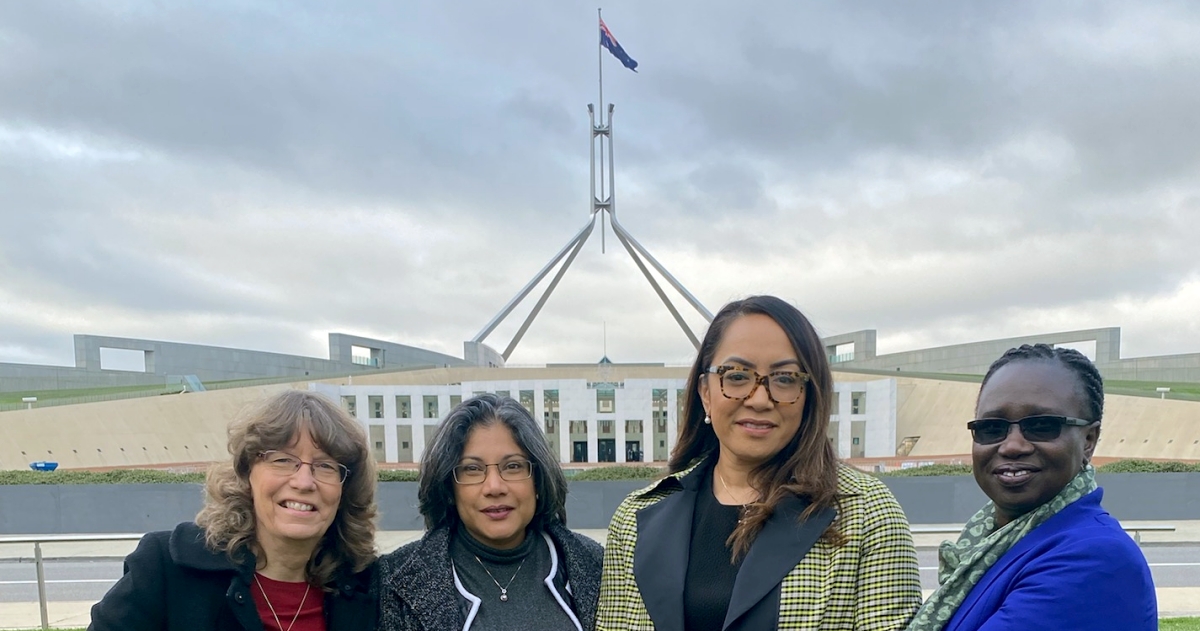 We know that the power to drive development belongs in the hands of the local communities, and that churches are powerful partners in the delivery of effective and sustainable development led from the grass-roots.

As a Board member of ACFID*, I was able to carry this message into consultations with the Foreign and International Development ministers of the new government, to briefings with the new Secretary of the Department of Foreign Affairs and Trade (DFAT), and even to a briefing with US government officials as USAID plans to reengage in our region. The USAID Pacific strategy paper now identifies churches as key parties.

As members of Micah Australia, I accompanied South Sudanese/Australian UCA minister Rev Amel Manyon with other prominent UCA leaders to Canberra in a delegation to meet with members of the new government and advocate for international aid. Amel spoke powerfully about the famine affecting her homeland:

“I’m asking the government in Australia, please do something now. People are dying because of hunger and it’s not good for us to sit and listen to their  stories and not do something.”

$15 million was provided to urgently assist the hunger crisis in the Horn of Africa and Yemen. The Australian Government’s commitment in October to increase life-changing Australian Aid by $1.4 billion over the next four years was a really encouraging shift in government policy. And the energy in Australia’s leaders for fostering genuine and stronger relationships in our region goes beyond just funding. We’ve also been able to connect DFAT more closely with our Pacific partners.

We supported the Pacific Conference of Churches to become accredited to receive DFAT grants, and helped DFAT set up a Pacific Church Partnership Advisory Network – a group representing churches across the Pacific and Australia raising issues of shared concern to the Australian Government. Development aid and Pacific migrant labour have been subjects of fruitful discussion between churches and DFAT in this forum.

Our partners are formidable leaders, changemakers, teachers, scholars, peacebuilders, advocates. But more than that, they are disciples of the one who calls us all to this life of love, compassion, and generosity for all creation.

Thank you so much for helping us to bring their voices to the tables of power, and holding them in your prayers.