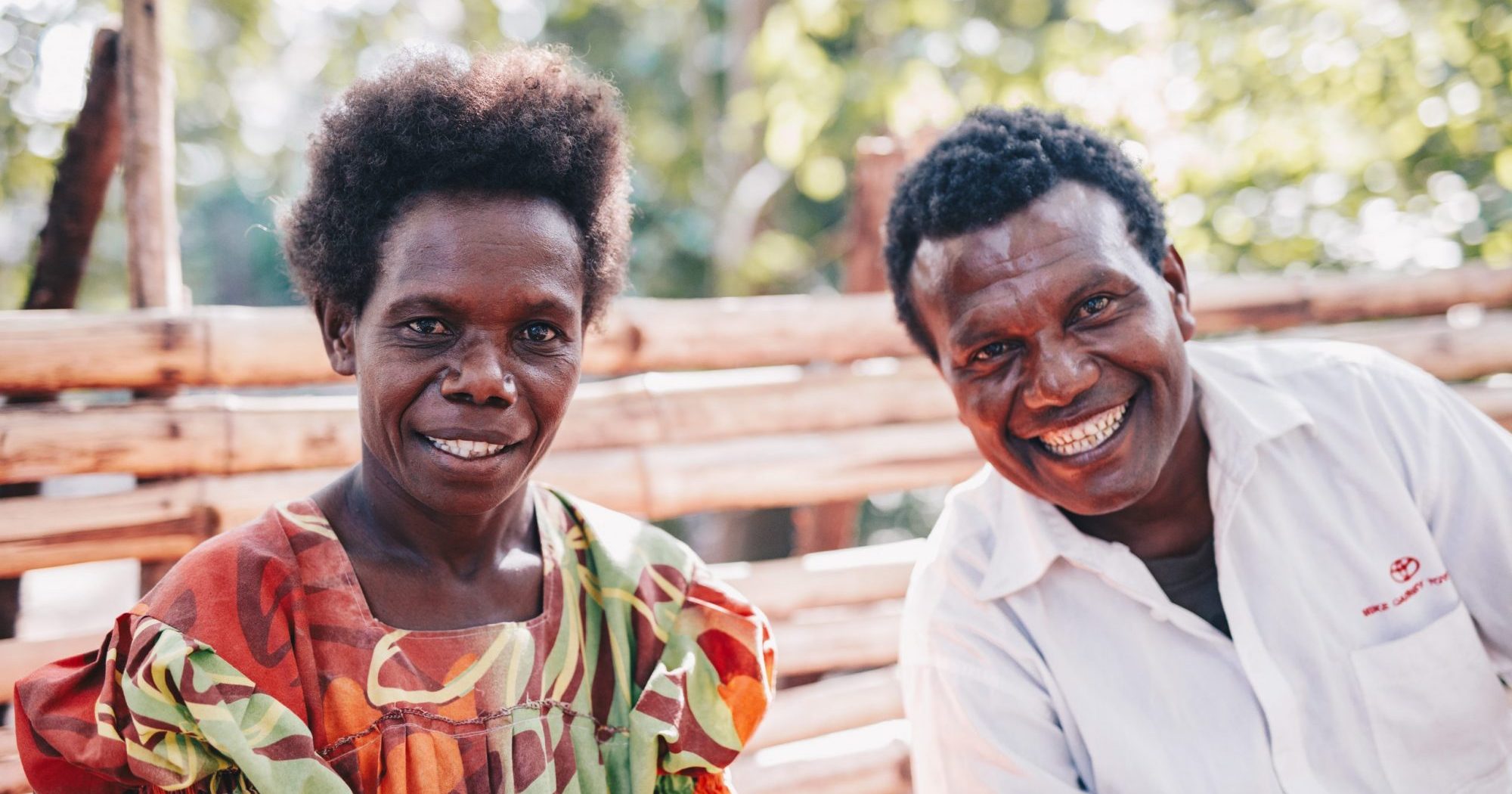 In so many places around the world, relationships between men and women can be a source of much pain, anger and suffering. Violence against women is distressingly widespread, not only in less developed nations but in our own communities. And attitudes are so deeply entrenched, in some places neither men nor women understand where their beliefs and actions come from, let alone how to change them.

In the Pacific, churches are starting with the heart, and their approach is proving incredibly successful.

But they have a very long road to travel. Vanuatu, for example, is one of the most difficult places in the world to be female. Rates of violence against women and girls are among the highest on the planet.

Like most places in the Pacific, Vanuatu regards itself as a deeply Christian nation. The Bible is revered and on Sundays, large numbers of people attend worship. How is there such a disconnect between the love of God and record levels of gender based violence?

Pacific churches are realising how much change is needed to transform the relationship between women and men, and in partnership with UnitingWorld, are working on ways to make it happen.

The most effective tool by far?

The example and teaching of church leaders who have personally undergone huge shifts in how they understand the role of women and men. These men have the reach and influence to create change at local and national levels- and they’re up for the challenge.

Elder Jennery, pictured above with his wife Faina, is from Tanna, one of the southern islands of Vanuatu’s archipelago. People live in traditional ways and are proud of what it means to be ni-Vanuatu. Jennery took part in a Gender Equality Theology (GET) workshop back in February 2016, and his views and lifestyle were completely transformed as a result. You can hear him talk about the experience, alongside his wife, here.

“When I arrived home, I went straight to my wife and called her “Darling” and hugged her,” he relates. “She was confused because I never did this to her. I then apologised to her and told her about the GET workshop.”

So what’s a GET workshop, and does it produce more than affection for wives?

Elder Jennery and other workshop participants heard from the Scriptures that men and women are created equal in God’s sight.

They read passages that revealed Jesus’ love and inclusion of women, and heard about God’s desire that women and men work together, serving one another and the community in love.

For many men, this is completely eye opening information. The insights have never been presented in quite this way before – and certainly never really heard. The casual superiority of men, and their abuse of this power in the form of violence, was entirely debunked. There could be no justification of the treatment of women as possessions, or of the way they are systematically repressed within many Pacific cultures.

Keen that his wife understand the full extent of his transformation, he encouraged her to attend a five-day workshop, run by the Presbyterian Women’s Mission Union (PWMU), “so that she could develop her understanding and knowledge, and especially take a break from the housework.”

In response to her concerns that the housework would go untended and the children neglected if she were to attend, he made good on his new values.

“I told her that I would take care of the children, bought her a new dress and took out from my pocket 2,000 vatu for her needs,” Elder Jennery says.

“For the first time for both of us, we did something new. I took care of the children during the absence of my wife, did the cooking, washing of plate and clothes, preparing the children’s lunch box, and my wife left the housewife responsibilities and attended a workshop…

Friday, the end of the week, I was in the kitchen peeling the tapioca [root crop] when she came back from her five days’ workshop. She sat outside the kitchen and started to talk about her experience and what she had learned. She was so excited.” 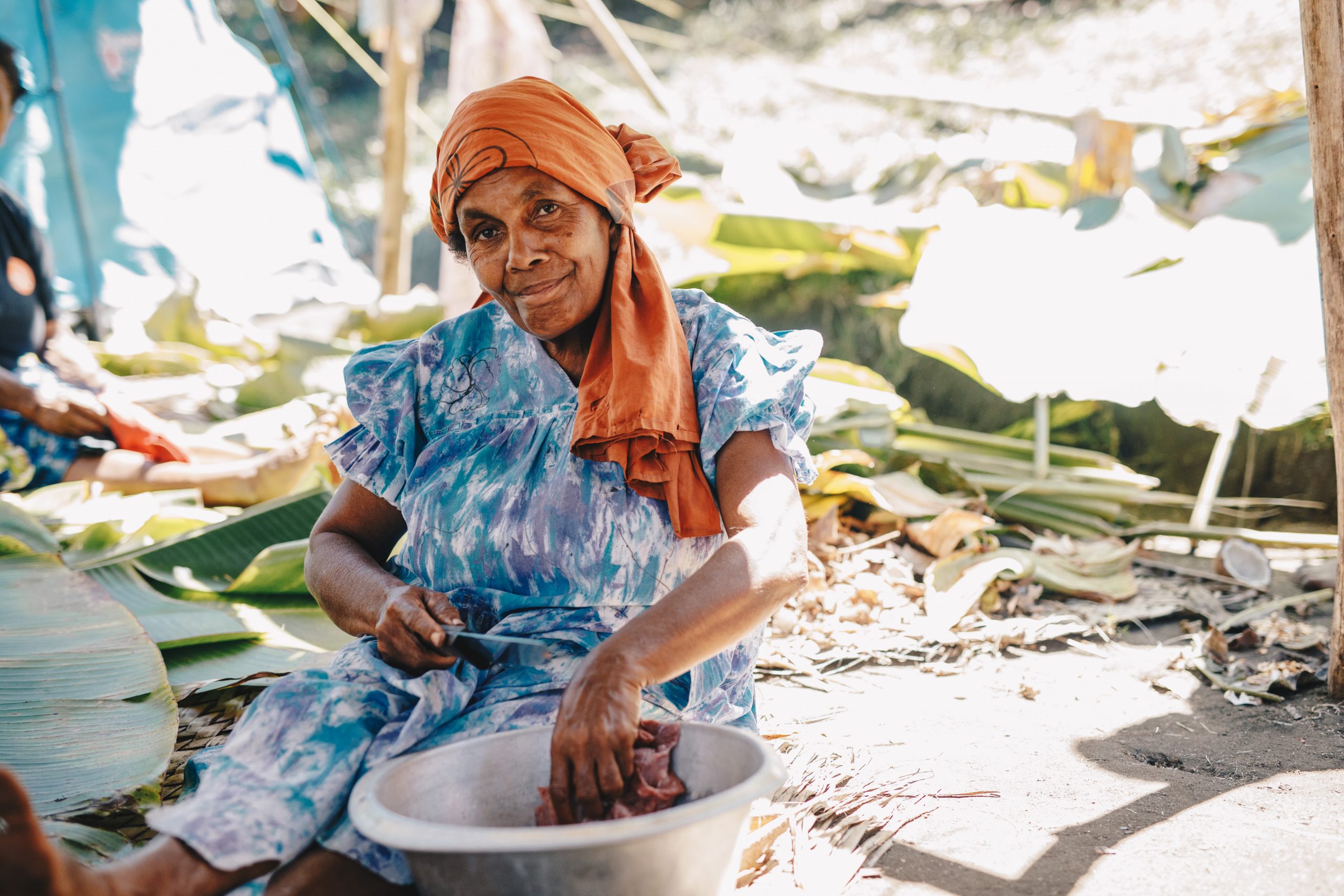 For good reason. This is how change begins – in the hearts and lives of ordinary people.

Church communities are by no means exempt from the darker aspects of the patriarchal culture they’ve inherited. It’s commonplace for men to discipline their wives with violence of all forms. Women are mostly left in sole charge of household duties and care of their children, meaning they can’t work outside the home or create any economic independence.

Even a simple change in the way men and women relate will have far reaching consequences both now and for the next generation.

“My husband started to help me with the responsibilities at home and with the children and also looked after them when I went to work,” says Jennery’s wife, Faina.  “After he did the training I realised he loves me and loves the children – that’s when I saw change.”

Confidence in the love of men for children, too, is critical. Children learn quickly from their parents and community what their culture permits and restricts – and violence has long been condoned.

In a study on Vanuatu by UNICEF in 2015, 17% of women who experienced violence from their partner said their children were beaten at the same time.

They reported that their children:

Elder Jennery has become aware of these statistics and their implications for the future of his people.

For Elder Jennery, the commitment to a better way for his children has meant exerting his influence as a leader within his community. He travels with his wife more often and they share their educative work. One area of practical change has been in the way their community now involves women in decision making.

Women in Tanna have been traditionally excluded from a direct role in village decision-making through the ‘nakamal’ (meeting place). Every day at 4pm, all the men and boys have to be at the nakamal to have men’s talk. This exclusion is echoed in higher levels  of leadership where Church, provincial and national governance structures remain male-dominated.

Due to the influence of Elder Jennery and others, men in his community now accept that women can take leadership roles and have the right to speak in a public place. Since 2018 they have ordained six women as Elders in his session.

Jennery also encouraged his wife to learn Bislama and go to a midwife workshop – she is now the village midwife and has helped reduce the number of maternal deaths and stillbirths in the area. More children are in school, too: both girls and boys.

The community has also seen a reduction in violence against women. Elder Jennery and others have continued to run GET workshops, and the outcomes have been significant.

“On the second day of the workshop I realised that I was abusing my wife and children,” one prominent village Elder admitted after he attended the training.

“My community know about me and knew that I am an Elder, but I am abusive. I have used knife, axe and physical force to abuse my wife, but this workshop helped me to realise that my actions are wrong and I would like to openly confess to my community that I will never again practice violence in my home. The GET workshop has helped me understand that we men and women are equal because we are created in the image of God and we must love and treat each other well.”

Perhaps most significantly, the change is being recognised as necessary not simply because some men behave badly, but because of deeply entrenched cultural attitudes that require an overhaul. Opening the Scriptures, and with them the hearts of both men and women, holds real potential to make it happen.

“I think we need to admit that this part of our culture is not in line with God’s word,” a significant village leader declared after attending the Gender Equality Theology workshop.  “It is time for us to start to choose God’s way instead.”

This is the life changing, deeply transformative work that your gifts are helping to fund. Thank you!