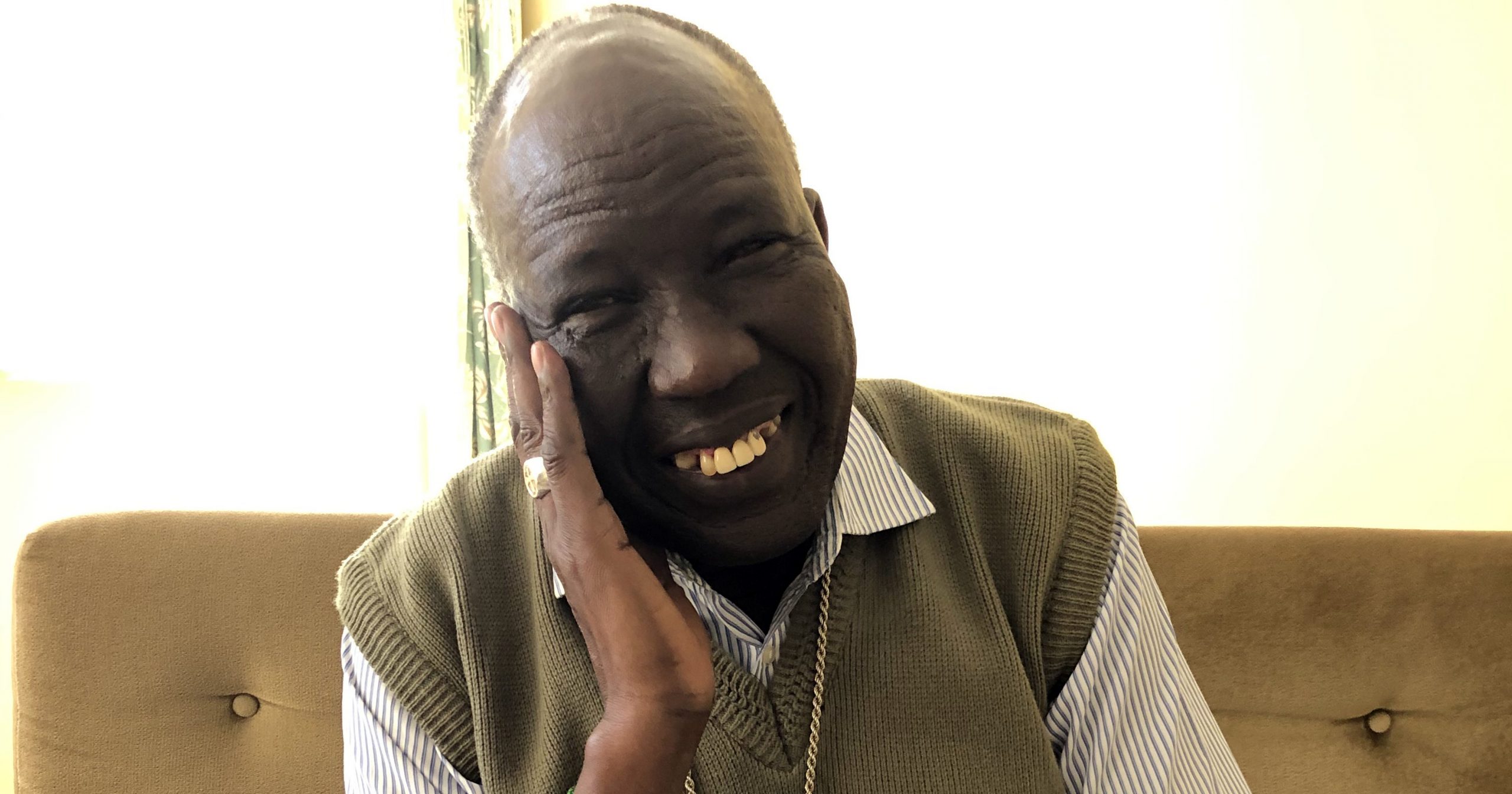 Jane Kennedy, Associate Director, has recently returned from visiting our partners in South Sudan, where we help facilitate trauma healing and peacebuilding projects.

Jane writes: “Peter Gai is the Moderator of the Presbyterian Church of South Sudan. Until recently, he was also the Chair of the South Sudan Council of Churches.

This year he took South Sudanese political leaders to meet the Pope, who kissed their feet.

While there he experienced the joy of a cappuccino. He has learnt to eat when there is food and to go hungry when there is not.  He doesn’t eat three times a day. He once knew abundance and lived off the land and rivers in South Sudan for 23 years with no income. He had all he and his family needed. He has six children and 12 grandchildren but doesn’t live with them because of the war. He told me even the wild animals have crossed the border running from the gunshots, but they will come back. There is no electricity where he lives in Juba and no work.

He is about to retire from decades of service that has brought conflicting tribes together and is pleased about his legacy. He has travelled the world finding partners in peacebuilding and he is tired.

The church he leads has a dispersed 1.5 million members across the country, as well as in Sudan and Egypt. They are brokenhearted but many are hopeful, against all odds. Peace will bring South Sudan to life; he believes he will see it prosper again in his old age. He prays and works for peace. He laughs and says there are a lot of women at UnitingWorld, but he likes women as they are merciful – men cause trouble and then don’t fix it.

He says whether we are rich or poor we need friends, and we are friends.”

Jane also visited the office of the All Africa Conference of Churches in Nairobi. “They represent 200 million people and speak into policy at the African Union. They lobby governments on issues of peace, gender justice, youth leadership and climate action. They told us about the challenges of non-Africans treating climate change as a hoax while ignoring their experience. They spoke of the urgency around addressing violence against women. Churches here have to be political and loud to bring about change,” said Jane.

With your help, UnitingWorld has assisted the Presbyterian Church of South Sudan to run peacebuilding and trauma healing workshops this year. Thank you!