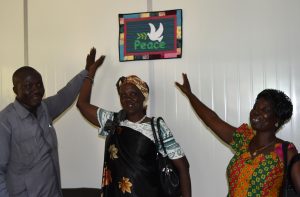 More than 300 people are reported to have been killed in South Sudan since heavy fighting broke out between political factions late last month.

Intensifying gun battles between government and opposition forces in the capital Juba and in the north-west town of Wau have resulted in dozens of civilian casualties, and thousands have been displaced from their homes.

70,000 civilians have been forced to seek shelter in churches, surrounding villages and UN camps – many of which have come under fire along with government buildings. A rocket-propelled grenade reportedly landed in one of the UN camps wounding eight people.

South Sudan’s civil war was divided along ethnic, tribal lines with the president – Salva Kiir, a Dinka, and the vice-president Riek Machar, a Nuer – representing their respective tribes. Earlier this year they formed a power-sharing transitional government, a move that was hoped to bring a lasting peace to a conflict that has a death toll estimated by some to be as high as 300,000.

Despite recent press statements from both Kiir and Machar’s staff making a joint call for calm, recent events suggest it’s unlikely they are in full control of their forces. The renewed fighting has raised fears that the fragile peace deal they made in August last year will not hold, and the country could deteriorate into full-scale civil war.

Rev. Peter Shabak Gatluak of the Presbyterian Church of South Sudan has described the feeling in Juba
right now as one of “fear and panic”, and has asked the Uniting Church in Australia to pray for them as they fear for the future of their country.

Please join us in praying for the people of South Sudan, as well as our partner church as they work for sustainable peace and lead their people through uncertain times.