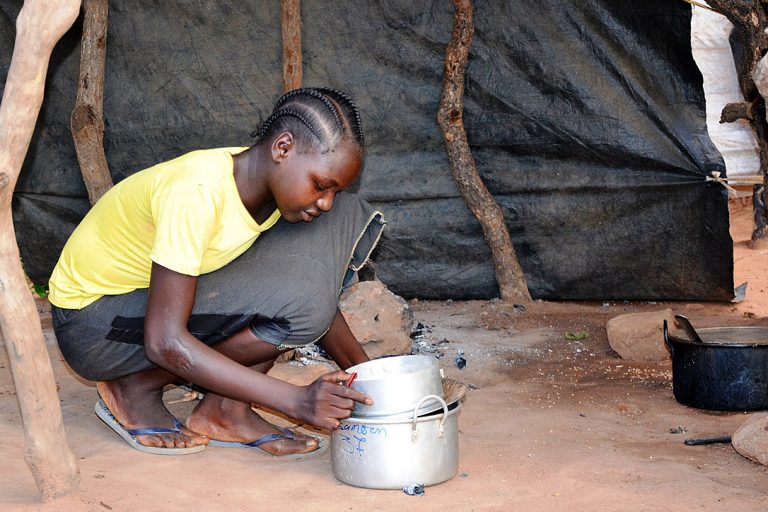 How many times can you say that you were involved in a ‘life-or-death’ situation? A situation where your actions and decisions could make the difference between someone living or dying? Once? Twice? Never? What if I told you that as you read this, that’s exactly where you find yourself…

The word ‘famine’ is used relatively frequently in modern language, but it’s actually not something that happens often. On 20 February, the United Nations declared famine in two counties of South Sudan. It was the first time famine had been declared anywhere in more than six years. Some are saying that the current severity of food insecurity in South Sudan hasn’t been seen since a post-war Europe experienced famine in 1947. But what exactly is food insecurity?

A crash course in food insecurity

There are five official categories of food insecurity: 1) minimal, 2) stressed, 3) crisis, 4) emergency, and 5) catastrophe (i.e. ‘famine’). Currently in South Sudan, there are an estimated 4.9 million people in categories 3, 4 and 5. Of these 4.9 million people, it’s estimated that 100,000 people are in category 5: catastrophe (famine). People in categories 3 and 4 are at risk of severe malnutrition, which causes lasting impacts – entrenching people in poverty and disrupting education for generations.

I was speaking to a friend recently about how dire the situation is, and he asked what he thought might have been a silly question. He wanted to know why, when faced with the imminent starvation of 100,000 of South Sudan’s most vulnerable people, the international community couldn’t just “bring them food.” Not a silly question at all, but definitely not as simple as he thought.

And in the coming months it’s about to get more complicated.

$1 today is worth more than $1 in two months

South Sudan is facing more than one crisis. Set among the backdrop of a failing economy, collapsing infrastructure and the constant threat of conflict, famine response is not an easy task. In addition to all of this, May will see the start of the rainy season. Roads will become impassable, and the only option for delivering food and non-food essential items will be by air freight. Air freight is significantly more expensive than ground freight.

Right now aid workers are in a position to be able to ‘pre-place’ food and non-food items into the hardest hit areas, to be distributed now and as the lean season continues. Not only does immediate action mean that we can reduce the number of those 100,000 people who will die of starvation, but it also limits the number of additional people moving into category 5 during the lean season.

Acting at once means that more money can be spent on essential items as opposed to transport costs. More money on food and non-food necessities means more lives are saved.

That’s where you come in

You’re faced with a life-or-death situation, only it’s not your life at stake. Despite this famine happening to people thousands of miles away – people you’ll probably never meet – you can save a life by taking action today. Tomorrow could be too late for the 100,000 in South Sudan who will go to bed on the brink of starvation.

Lots of my friends and family tell me they plan to donate. I tell them: don’t wait.